Women among themselves - the blog on women's health 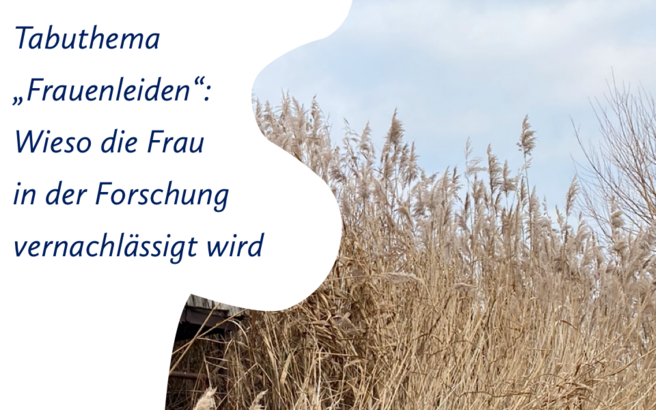 The taboo topic of "women's diseases": Why women are neglected in research

Film and television, advertising, social media... you might think the world is becoming more and more open and enlightened. But female sexuality is still a taboo subject - and with it, women's health.

The taboo on female sexuality is evident alongside a lack of reform in sex education and the still sparse knowledge of the female anatomy also in the neglect of women's diseases in research. For decades, research has been devoted to the major common diseases, such as cancer and diabetes - the numerous gynecological women's diseases have largely fallen by the wayside.

What is a "woman's disease"?

Despite the fact that up to 75% of all women will develop a vaginal fungal infection during their lifetime and that bladder infections affect about 1 in 7 women once a year (both conditions also carry the risk of chronicity), these and other women's conditions are rarely on the research agenda. One of the reasons: Basic research is less lucrative for pharmaceutical companies than expanding sales of already developed drugs globally. In addition, it is proving difficult to recruit test subjects for studies on typical women's conditions, as diseases such as vaginal mycosis or bacterial vaginosis are still associated with a great deal of shame.

As a result of this disparity, therapies for many common women's diseases, such as fungal infections or bladder infections, are still partly based on decades-old treatment concepts.

Putting women's health in the spotlight

In order to give women's health the attention it deserves and needs, it is important to break social taboos and contribute to education. On our page "Women among themselves - the blog on women's health" you will therefore find all kinds of interesting information on the topic of "women's health", helpful tips for typical women's ailments as well as the latest from research.